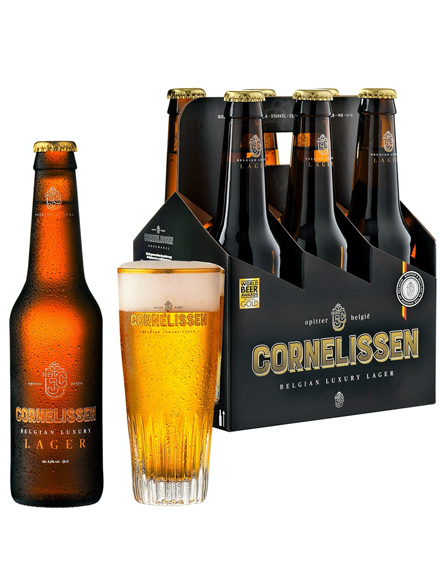 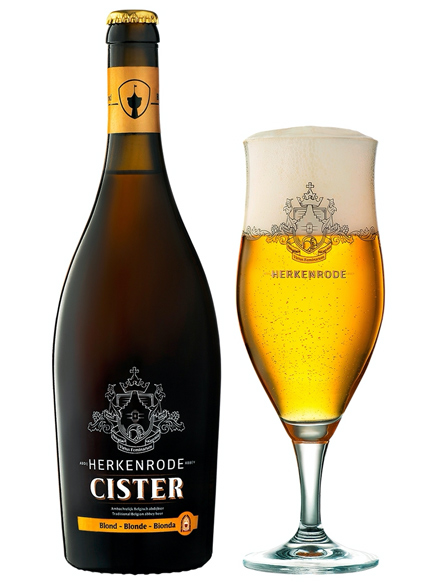 GOLD MEDAL @ WORLD BEER AWARDS 2019, BRONZE MEDAL @ AIBA AWARDS 2018 !!
A new beer of Herkenrode being launched from August 15th, 2017. From the foundation in 1182 till the French revolution the Cistercian nuns brewed their own Abbey beer.

One of the main reasons was the fact that drinking beer was much healthier than for instance drinking water. In 2009 the Abbey of Herkenrode and Brouwerij Cornelissen decided to bring back the centuries old tradition of the Herkenrode Abbey Beer according to the old original recipes for brewing the original Abbey beers of Herkenrode.

clear blond tripel, with a dry aftertaste and a fresh spicy taste. This beer is a natural product, only using malted barley, Saaz hops, water, yeast and natural resources.
Still using the fine herbs out of the Abbey herb garden is a morel obligation in honour of the Herkenrode Abbey.

This beer is one of a select few that are considered Belgian Abbey ales. (only 23 in the world) 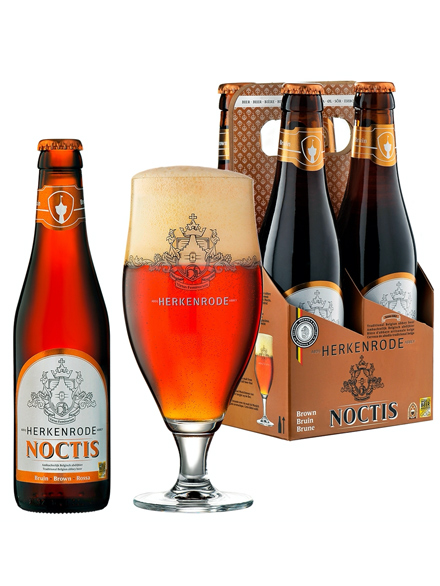 Herkenrode Noctis is one of only 23 official Belgian abbey beers and the winner of the 2016 & 2018 World Beer Awards Gold Medal and the 2018 Australian International Beer Awards. Noctis was created by Cistercian nuns at the Herkenrode monastery, which was founded in 1182. With a 7% abv, it has brown-orange-amber colour, with a nice bitterness and a lightly sweet and spicy aftertaste. The beer is brewed with 100% summer barley Munich Malt. It’s a natural product, using only malted barley, Saaz hops, water, yeast and herbs grown at the Herkenrode Abbey itself. The ripening process of the malt and hops (Styrian Golding and East Kent Golding Sid) in wooden barrels gives the beer a light touch of Vanilla and smoke. Today the beers of the Herkenrode abbey are the only beers created at an all-female abbey and still available today. The beer is made using the original medieval recipes of the monastery. Noctis is filtered which gives it a nice clear colour. Herkenrode Noctis is a strong brown beer with high fermentation and it referments in the bottle. 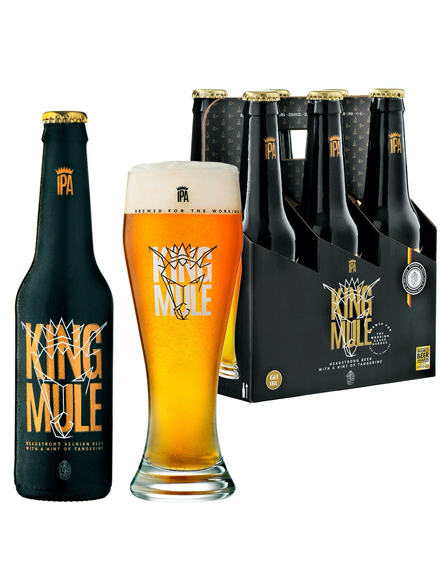 Our own version of a traditional brewed IPA.
A headstrong beer, with a smooth refreshing and lightly fruity taste of tangerine. Brewed with the finest hops and according to the ‘old school’ Belgian brewing method. Tastes like an adventure! 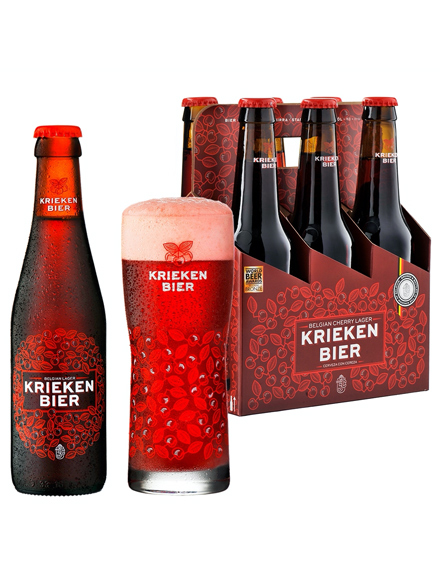 Belgian cherry beers are world-renowned, and Kriekenbier is in a class all its own. This cherry lager is a unique combination of our Belgian traditional lager beer mixed with fresh, local cherry juice. It’s an amazingly refreshing beer with a pleasant, fruity character and a smooth, lightly-malted finish. Kriekenbier has a vibrant, unique taste with a prideful aroma of cherries and a foamy head that represents generations of Belgian brewing heritage. 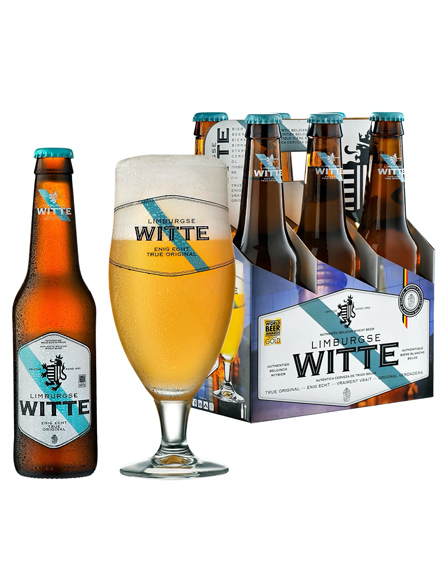 Winner of the Gold Medal at the World Beer Awards in 2018, Limburgse Witte True Original is a classic high-fermented Belgian wheat beer. A true Belgian wheat beer, it’s an amazing white beer brewed according to the traditional Belgian method of brewing unfiltered wheat beer. Limburgse Witte has a light, fresh taste of orange and a spicy touch of coriander, which combine to make it an outstanding thirst-quencher. We brew this beer in honor of our province of Limburg, one of the only places the Romans couldn’t conquer, and a people who Julius Caesar called, “The bravest of them all”. 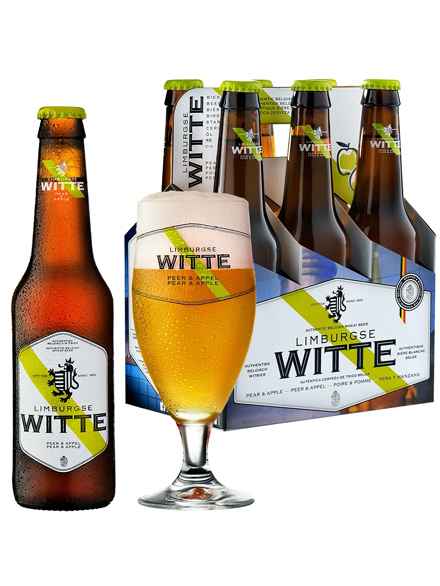 Our Limburgse Witte enriched with artisan-crafted juice of delicious, natural pears and apples. A sparkling and proud wheat beer. A festive salute to our beloved fruit region. 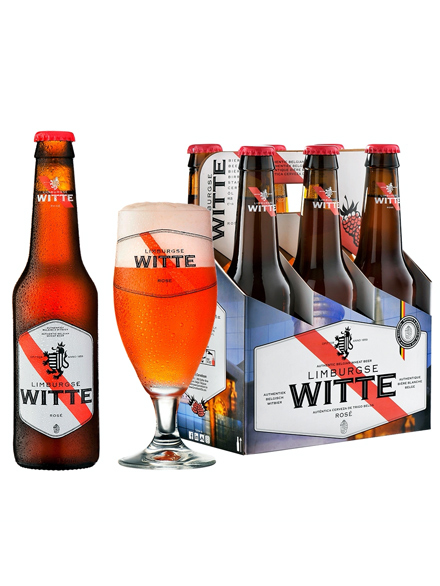 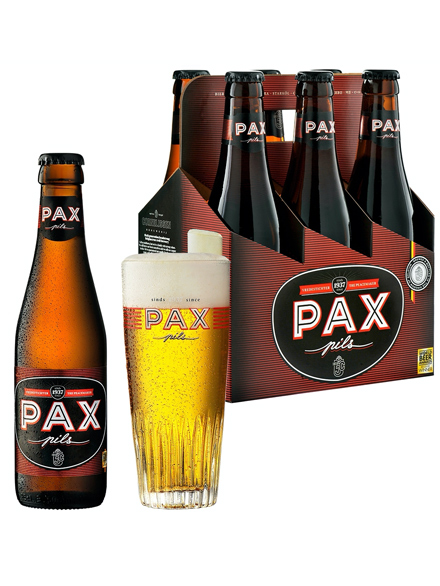 Pax Pils, a refreshing lager, is Brouwerij Cornelissen’s flagship beer. This clear, golden- yellow beer is brewed using traditional methods and was described as “a really tasty lager that boasts an age-old traditional flavour and brewing process” by beer guru Michael Jackson back in 1993.